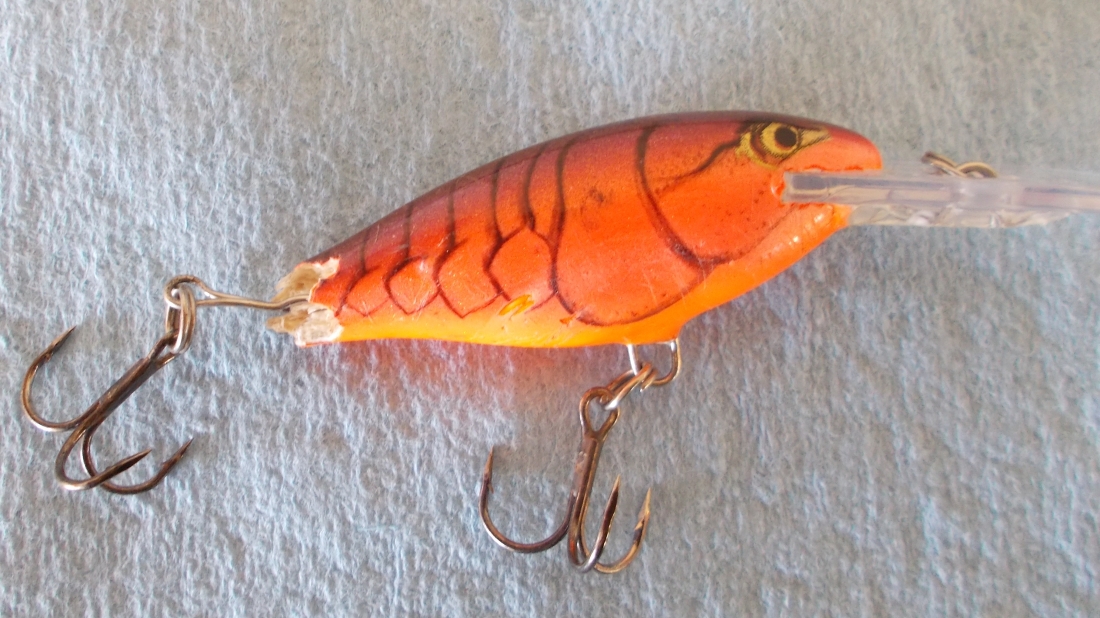 Normark’s Shad Rap lure was developed around 1980 and unlike most body baits, was designed for walleyes, not bass or other species. They worked so well it took a half-decade or so for the Norwegian balsa carving machines to keep up with the demand.

I’ve got a good supply of Shad Raps in my arsenal of walleye lures and a few of them have migrated into my boxes of body baits reserved for cohos. It used to be easy to pick them out. The Shad Raps were fire-tiger or chartreuse colored – my favorites for walleyes. Almost all the ThinFins, Hot ‘n Tots and Jointed Rapalas are mostly fluorescent red..

No color pattern on a lure is better for coho salmon (or steelhead) than one predominantly fluorescent red. It’s not uncommon for me to run a 12 rod spread and have a fluorescent red lure at the end of each line. On a particularly slow day, I might pull out a chartreuse Shad Rap to see if that would flip the switch. On a particularly fast day, I might put on a fire-tiger Shad Rap just for variety. They certainly caught fish but seldom compared to the hot red plugs.

A couple seasons ago Normark added the Demon color to their Shad Rap line-up, I guess to lure bass used to eating bright red crawdads. (The only bright red crawdads I’ve ever seen were cooked, but that’s another story.) The body is painted fluorescent red overlain with a black pattern reminiscent of a crawdad’s carapace. In the wild, a cross between a bright red shad and a crayfish would be something of a demon.

Regardless, one morning I tied one on to match it against 11 other tried and true coho lures. It hooked the first fish of the day, then stayed in the mix half the morning. I kept track and it accounted for five of twenty catches that morning, so it more than held it’s own. But I “retired” it after it’s fifth catch because the tail hook broke off. It could have done better.

Remember, the lure has a balsa wood body and was designed for walleye, not salmon. Pound for pound (or most any other measure) salmon fight harder and cohos in particular are predisposed to twist in a landing net.
Since then, I’ve used Demon-Raps that lasted for way more than five fish but the important thing is they only get broken because fish like to eat them. That’s not a bad thing.
They are widely available. The ones I use are Size 06, 2 ½ inches in length.