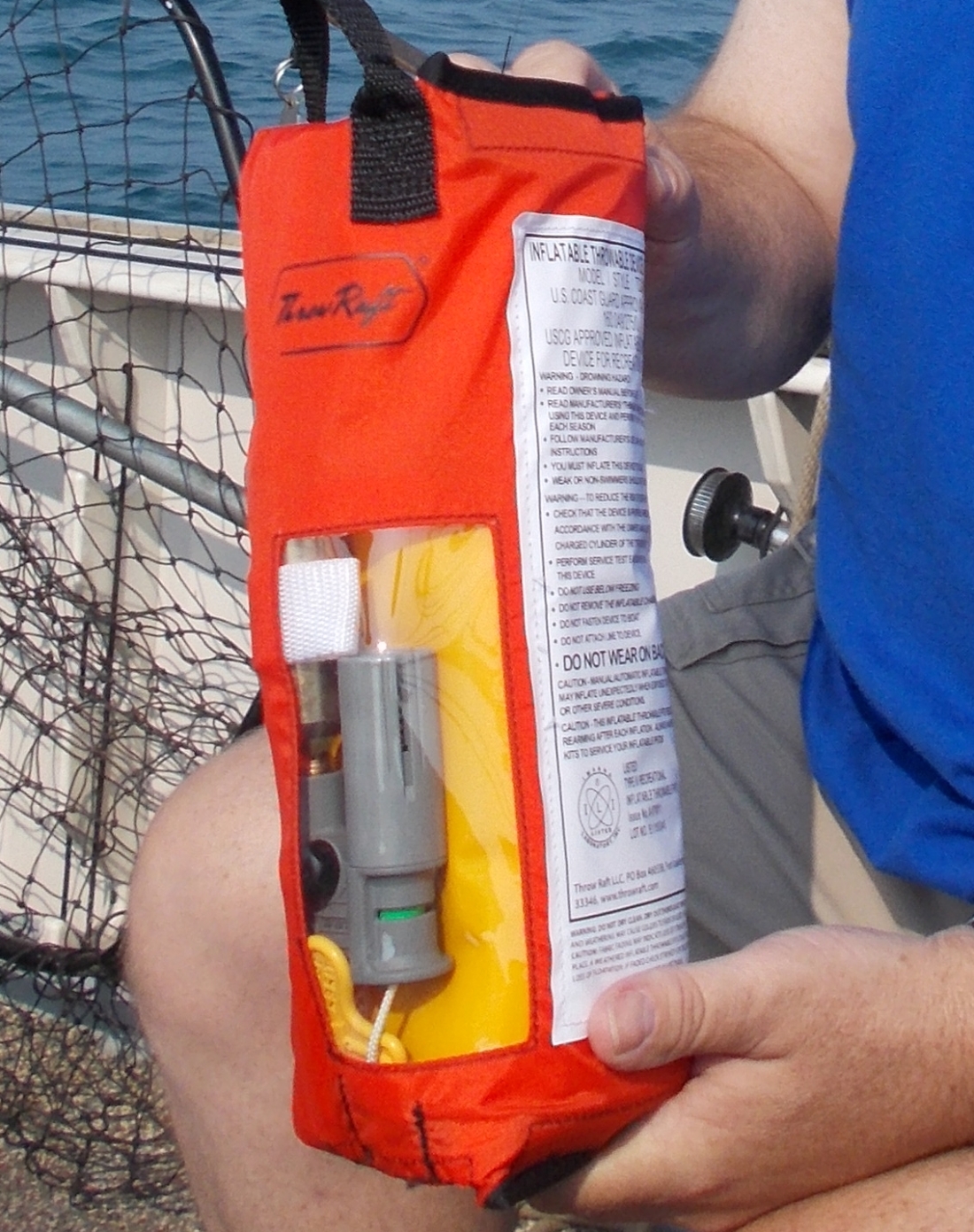 Until recently, there were only two types of throwables meeting USCG standards. One type is a relatively large buoy type, either ring-shaped or horseshoe shaped. The other type is a floating seat cushion.

By far, the better of these for the guy in the drink or rescuer in the boat is the buoy type. By far, due to ignorance, space consideration or cost, most boaters rely on the seat cushion type – if they rely on anything at all.

Though legal, a floatable boat cushion makes a very poor throwable float. I tested one in my yard. In perfect conditions (on land, no wind) I was able toss one almost 20 yards with a mighty, Frisbee-like throw, though with very little accuracy. I could toss it 10 yards, pretty much on-target.

Into the wind? Not so great. At wind speeds of 10 to15 mph, a mighty heave could result in the cushion going any direction – even backwards! Is that what you want as your first emergency response tool? Should you spend the money and sacrifice the space to get a USCG bouy type throwable? Perhaps.

Or, look into a recently USCG certified inflatable throwable called a Throw Raft. Using similar technology to what’s used in CG approved inflatable PFDs, these pack into a small, dense container – roughly the size and weight of a football – which, like a football, can be thrown accurately for a fairly long distance.

Once the throwable splashes down in the water and the swimmer grabs on, it will either self-inflate or the user can pull the rip-cord to inflate it. It initially inflates using a compressed CO2 cylinder. There’s also a manual blow-up tube for double emergency use. It can be repacked, rearmed with a new CO2 Cylinder and reused.

Once inflated, the floatation is a square raft measuring 22 by 24 inches which provides more buoyancy than non-inflatable throwables meeting minimum USCG standards.

Since this is a device 99 percent of boaters will never use (other than for being legal), the above stats and specifications have little importance. What is important is the fact the throwable Type IV is only one-fifth the size of a seat cushion type and a tenth the size of a ring buoy.

A boater can stow or mount it in a handy location without it taking up valuable space. Being dense, it won’t blow out of the boat while underway or at normal trailering speeds on the highway. Throw Rafts are available in some retail outlets, on-line at www. throwraft.com or at Amazon.com.