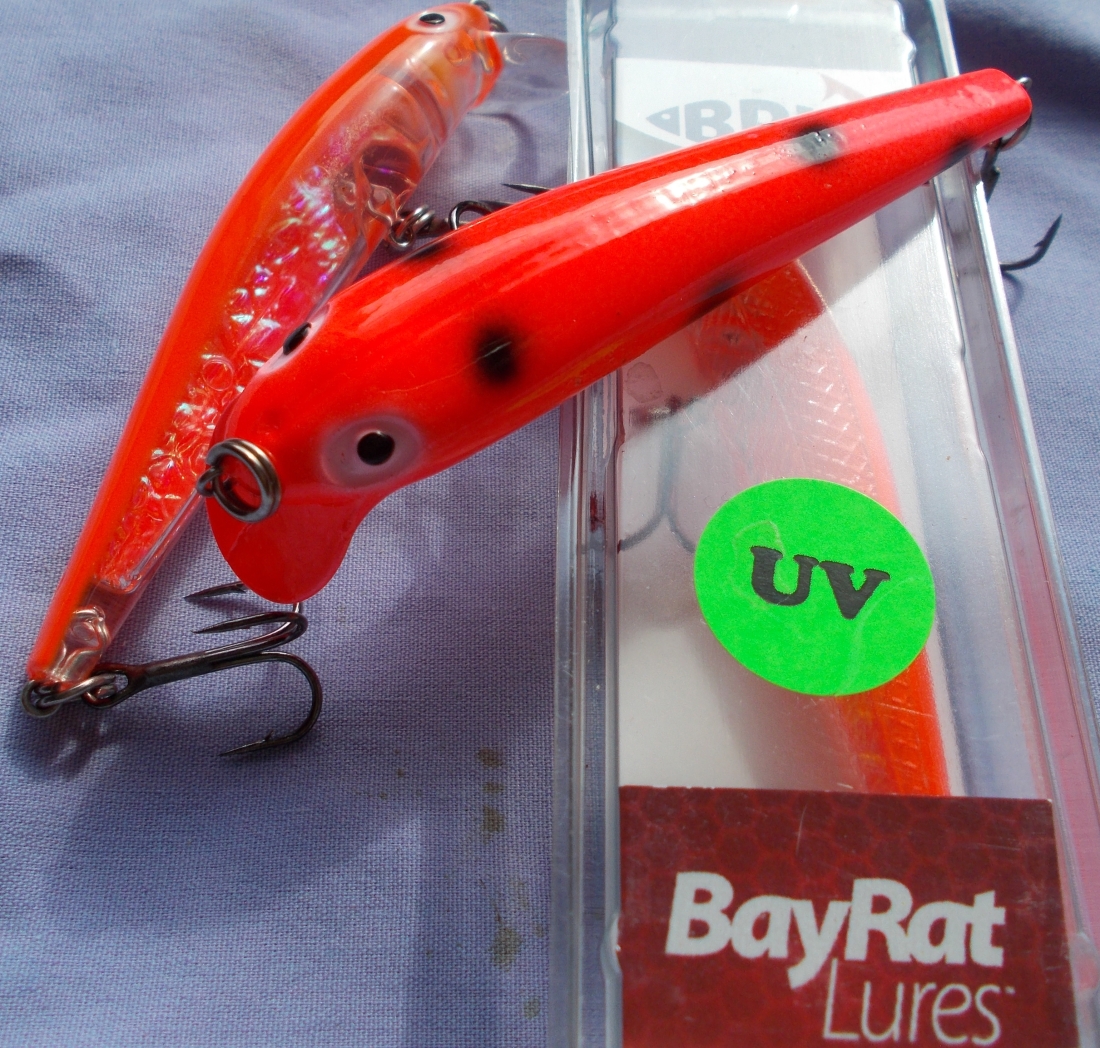 It’s a long way from eastern Lake Erie where I spotted the first Bay Rat I ever saw to northwest Indiana where all we have are muskrats. Actually, northwest Indiana has more than muskrats. For a couple of months each spring, it also has all the coho salmon in Lake Michigan swarming along it’s beaches and breakwaters.

It seemed as though the part of Lake Erie where I was fishing just offshore of Dunkirk, New York was where the majority of Lake Erie’s walleye were swarming when I spotted the Bay Rat. It wasn’t a furtive rodent lurking along the waterfront. The rats were the lures of choice that day for the walleyes we pulled up from Erie’s depths, one after another – Bay Rat lures. More precisely the ones Bay Rat Lures model called Long Shallow – a 4 3/8 inch stickbait.

“Cohos eat stickbaits,” I thought, and in my ever persistent quest to find and own that perfect lure, I clicked up the Bay Rat website at http://www.bayratlures.com and found they have a dazzling array of both “Long Shallows” and a scaled-down partner called “Short Shallow” which swims through the lake at  3.5 inches “short.”

Decades of experience has taught me when fishing in the earliest spring for NW Indiana’s cohos, it’s impossible to troll a lure too shallow. The fish are at the surface trying to warm up in a near-freezing lake. The fish are usually more inclined to snap at a small lure than a large one and they’ll bite nearly any color or pattern. They’ll bite anything, but a fisherman is seldom wrong pulling hot orange or hot red patterns.

The Short Shallow filled my needs perfectly on each aspect. They stayed in the top layer of the water by just tying direct and trolling the lures 30 to 50 feet behind a side planer. Bay Rat has a color pattern called “Coho Crusher.” What could be better?  It’s a translucent plastic body with an insert of “orange crush” mylar inside – the same orange crush material nearly every spoon maker uses to make the venerable “Double Orange Crush.”

The Coho Crusher caught fish, but it didn’t “crush” them. Actually, the Lady Bug pattern was the crusher on my boat. Hot red with black spots has been a solid pattern since the first salmon were stocked in the Great Lakes.

At this writing the politicians were still arguing about the tariffs on imports from China. Regardless of the outcome of these negotiations, it’s likely to cause higher prices for fishing lures imported from China where many “American” brands are now made.  Bay Rats are made in America with all American components.  Available at retailers, online tackle sellers or direct from the Bay Rat website.